The Benefits of Green Lipped Mussel 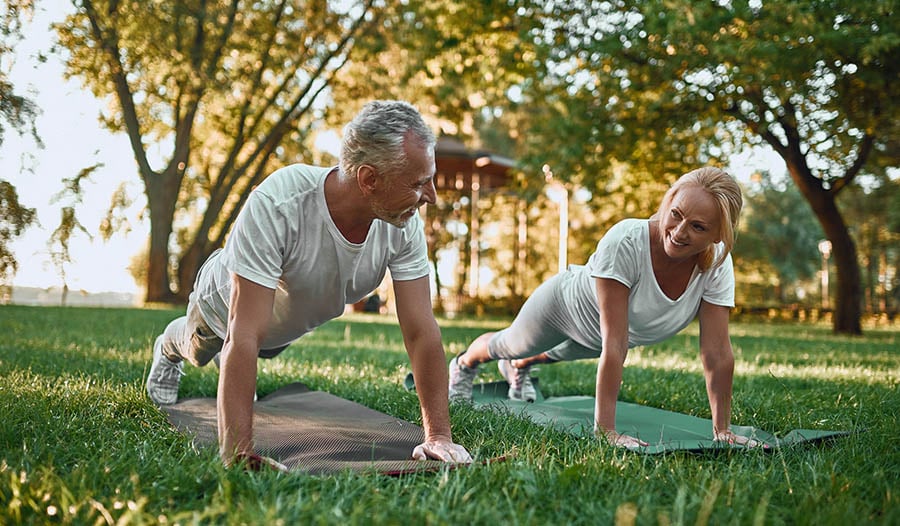 Green-lipped mussel (GLM), also known as New Zealand mussel (Perna canaliculus), is a common shellfish which the indigenous New Zealanders, the Maori, have dove for and used it medicinally for hundreds of years. The Maori people who live near the coast have fewer arthritis symptoms than those Maori and Europeans who live inland—green-lipped mussel is believed to be a big reason why.

An active ingredient in GLM is furan fatty acids (F-acids). These are natural—but rare and very potent—antioxidants. F-acids are fatty acids frequently found in algae may explain their anti-inflammatory properties and be one of the main reason GLM is beneficial. (Another of GLM’s active ingredients lyprinol, a lipid extract, has properties similar to other omega-3 polyunsaturated fatty acids, which may help, too.)

Furan fatty acids are omega-3 fatty acids, like those in fish oil, which inhibit 5'-lipoxygenase and cyclo-oxygenase pathways, similar to anti-inflammatory medications, but without the side effects. The biochemical pathways blocked are responsible for the production of leukotrienes and prostaglandins, both chemicals which cause inflammation.

For those scientifically inclined, this explains why GLM may be a useful tool for asthma, osteoarthritis, and other inflammatory conditions such as rheumatoid arthritis. GLM also has a beneficial effect on the gut microbiome.

Green Lipped Mussel is a Prebiotic

There are many health benefits to prebiotics.  A functional food or supplement consumed by beneficial gut bacteria, probiotics help optimize the gut microbiome. According to studies, GLM acts as a nutrient for beneficial gut bacteria, which when consumed, encourages these healthy bacteria to produce short-chain fatty acids (SCFAs), substances which exert numerous beneficial effects throughout the body. This improved state helps the body achieve balance, or homeostasis, allowing the body to function at optimal levels and reduce systemic inflammation.

Asthma is a reversible inflammatory lung disease that occurs when the muscles surrounding the lung tissues constrict. During an asthma attack, it is difficult to breathe.

Worldwide, 300 million people are affected with asthma while almost 250,000 people die from the condition each year. During an asthma attack, a person may experience symptoms like wheezing, coughing, and shortness of breath. Certain triggers, along with respiratory infections or, sometimes, allergies to pollen or pet dander, can bring on an attack. Obesity, defined in those with a body mass index of 30 or more, doubles a person’s risk for developing asthma.

There is also a type of asthma known as exercise-induced asthma (EIA), which occurs during physical activity. Those who have this form of asthma frequently need to use their medications before or during exercise in order to breathe easily. There are natural approaches to asthma one can take, and GLM is one that some find useful.

Osteoarthritis usually results from general “wear and tear” of the joints. It happens due to the destruction of cartilage, which acts as a cushion that covers the bone. Early signs of osteoarthritis may begin when an individual is around 40 years old and can progress as one ages. The joints can be tender but are rarely swollen.

Joint trauma, at any age, can also lead to osteoarthritis in the affected joint. When my son Joshua was in the sixth grade, he broke his elbow playing basketball. He underwent surgery to have a pin placed, so the bone could be put back in place. At age 20, he has a mild form of arthritis in his elbow joint. This is common for many who have ever had joint-related trauma. The pain and stiffness are frequently worse during cold weather, when achiness may increase.

A 2000 study showed GLM’s anti-inflammatory effects in those with arthritis, and overall safety when compared to NSAIDs.

A 2008 study compared lyprinol, an extract from GLM, to naproxen and olive oil. Using rodents with arthritis, researchers showed the GLM extract was better at reducing inflammation. A 2012 study of 80 patients with osteoarthritis, over a 12-week period, did not show a significant reduction in arthritis-related pain using a standardized pain scale, but researchers did note that those on the GLM  used less acetaminophen (paracetamol), suggesting they had slightly less pain. A 2018 study also demonstrated GLM’s benefit in reducing osteoarthritis pain. I have also come across reports of GLM being given to dogs with arthritis. The reports have been favorable showing dogs feel better when taking this anti-inflammatory. It appears that both humans, and our aged pets, can both benefit from nature’s anti-inflammatories.

Rheumatoid arthritis is the result of an autoimmune condition in which the immune system attacks the lining of the joints. This results in the destruction of the cartilage and can occur at any age. There is even a form called juvenile rheumatoid arthritis (JRA), which as the name suggests, can affect children. It begins over the course of a few weeks or months with morning stiffness usually persisting for more than an hour. Many patients will have associated intestinal issues and, overall, may feel fatigued and unwell.

Muscle aches are a common symptom of those who participate in athletics, routine exercise and in those who work performing manual labor. Frequently, one will take anti-inflammatory medications or even muscle relaxers. However, side effects such as stomach discomfort, peptic ulcer disease and drowsiness limit their use. Many prefer natural alternatives.

While magnesium is a decent option for muscle spasms, GLM can be considered to help muscle pain according to a 2015 study. A 2013 study demonstrated that long-distance runners who took a green lipped mussel supplement had reduced muscle pain compared to those who did not. This is a good supplement to add to your cabinet if you are physically active.

Attention deficit hyperactivity disorder (ADHD) is a common ailment affecting children, teens, and even adults. Current therapy focuses on behavioral therapy, diet changes, and when that is not sufficient prescription medication. Many parents are concerned about drug therapy as stimulants are often the class of medications chosen. These medications have side effects and can elevate blood pressure, suppress appetite, and sometimes affect personality in unwanted ways.

Natural therapies are frequently sought to help give one a competitive edge. Studies have noted that those with ADHD tend to have lower levels of essential fatty acids in their blood. As a result, therapy with such is considered.

A 2017 study of 144 children provided half with a proprietary blend of green lipped mussel and the other half with a placebo pill. The children were followed for 14 weeks. Based on the results, the researchers concluded that GLM may be useful in reducing hyperactivity and inattention in children with ADHD. This result is consistent with other studies, including a meta-analysis study supporting essential fatty acids benefit in the treatment of those with ADHD symptoms. Due to GLMs overall safety profile, this supplement is frequently considered.

Overall, this supplement appears to be safe. While researching this article, I found only one case report of a 79-year-old woman who had abdominal pain and elevated liver enzymes when taking GLM supplement. Causation could not be proved, however. The patient recovered without incident. Also, for those who are allergic to shellfish, this supplement should be avoided.

Unless you are traveling to New Zealand, you are unlikely to find green lipped muscles on the menu of your local seafood restaurant. As a result, consuming GLM as a supplement is the next best thing. Suggested dose is 500 mg to 1,500 mg once or twice per day or as directed on the label. 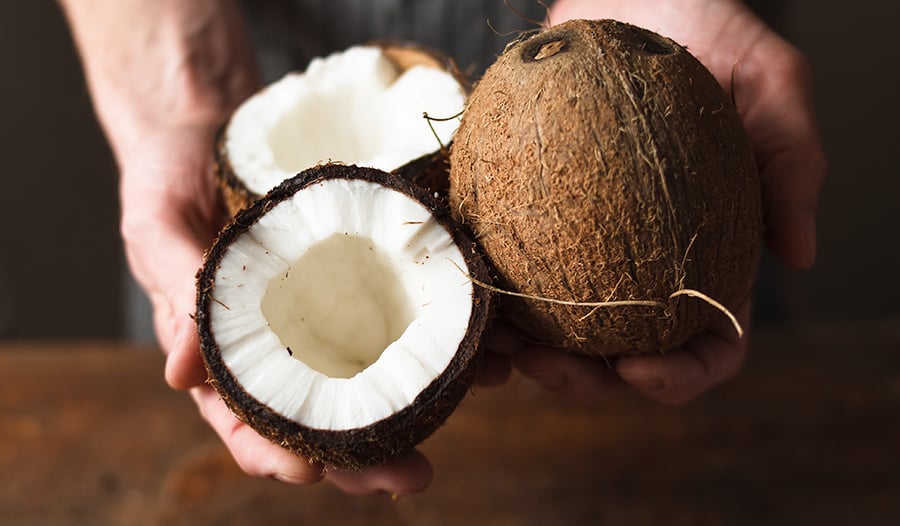 Monolaurin: Why Supplement with this Natural Antimicrobial?

Monolaurin is a fat that is found in breast milk where it appears to play a role as a naturally-occurring antiseptic. It is also found in coconut oil and can also be formed in the human body from lauric acid, which typically composes about 50% of the fat present coconut oil. 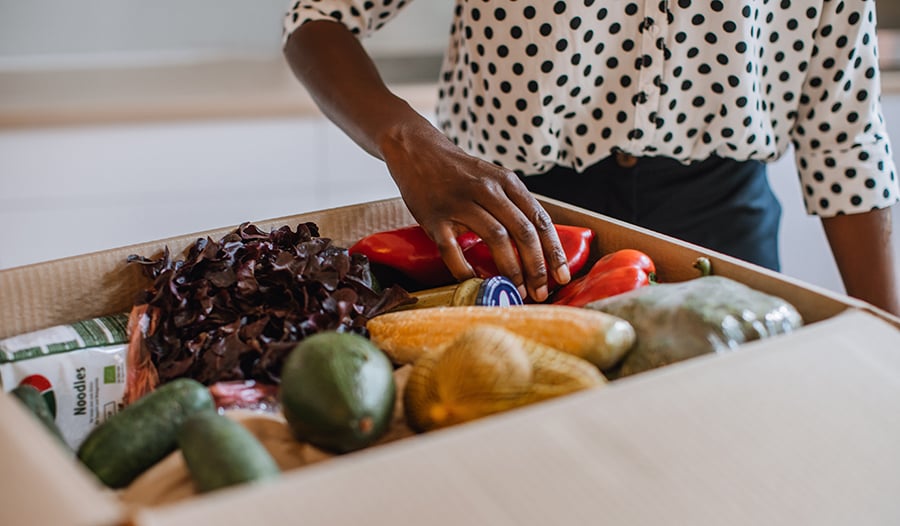 What you Need to Know About Ordering Natural Products Online

Did you happen to see the Wall Street Journal article titled You Might Be Buying Trash on Amazon – Literally? It was an interesting story that went viral. WSJ reporters were responding to how almost anyone can open a store on online marketplaces and sell just about anything. 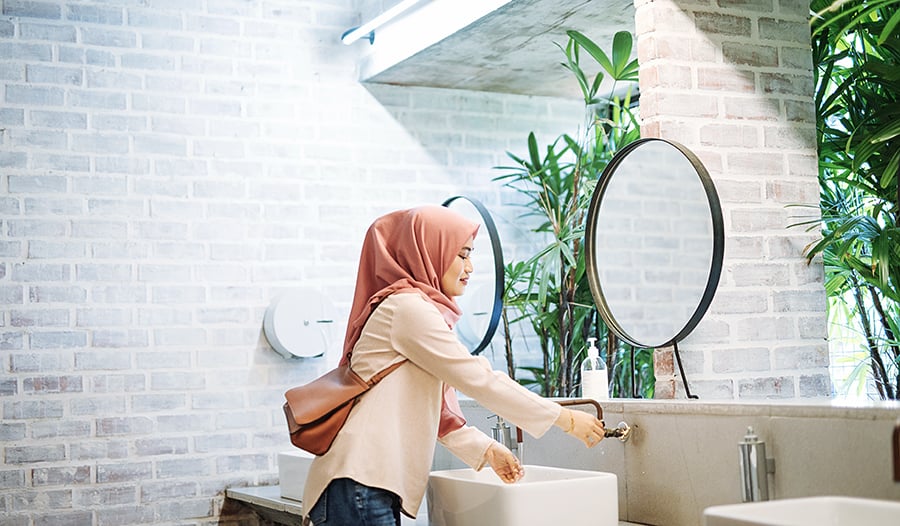 There are over 220 viral strains that can cause cold symptoms. Rhinovirus is the most frequent, responsible for 50% of infections. The coronavirus is a close second, causing 15 to 30% of all colds according to a 2012 study in the Journal of Virology.