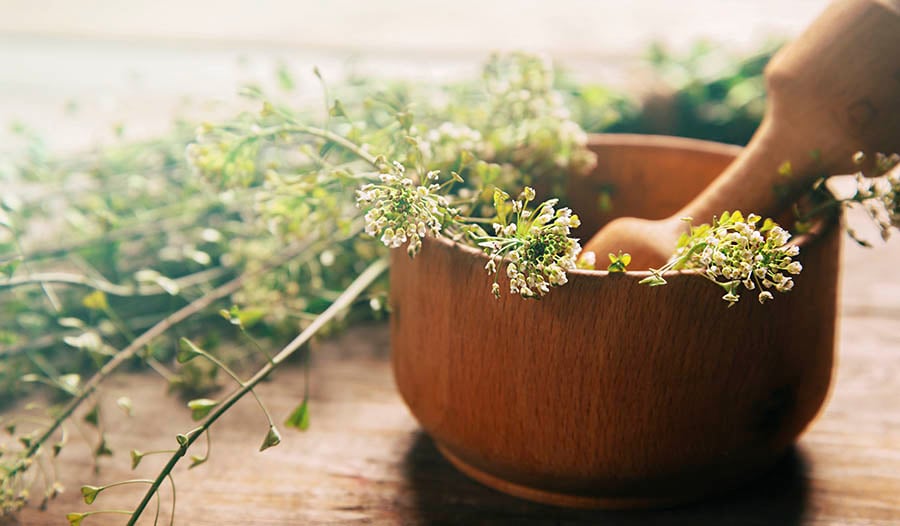 Phytosomes are advanced forms of herbal products that are better absorbed, utilized, and as a result produce better results than conventional herbal extracts. Phytosomes are produced via a patented process whereby the individual components of an herbal extract are bound to phosphatidylcholine – an emulsifying compound derived from soy. Phosphatidylcholine is also one of the chief components of the membranes in our cells.

The Phytosome process has been applied to many popular herbal extracts including Ginkgo biloba, grape seed, hawthorn, milk thistle, green tea, and ginseng. The flavonoid and terpenoid components of these herbal extracts lend themselves quite well for the direct binding to phosphatidylcholine. Specifically, the choline head of the phosphatidylcholine molecule binds to these compounds while the fat-soluble phosphatidyl portion comprising the body and tail then envelopes the choline-bound material. The result is a little microsphere or cell is produced. The term “phyto” means plant while “some” means cell-like. What the Phytosome process produces is a little cell whereby the valuable components of the herbal extract are protected from destruction by digestive secretions and gut bacteria.

Is there scientific documentation to support the claims of superiority of Phytosomes?

Yes, there is a growing body of scientific studies showing improved absorption, utilization, and results with the Phytosome process. SILIPHOST (Silybin Phytosome) is the most well-studied. Silybin is the chief component of silymarin, the flavonoid complex from milk thistle valued for its ability to protect and restore the liver. Silybin is the most potent of these active substances. SILIPHOST contains one part silybin to one part phosphatidylcholine while Milk Thistle Phytosome is a less potent version as it contains all three flavonoids of silymarin and the ratio of to phosphatidylcholine to silymarin is 2:1.

What the research has shown in both human and animal studies is that SILIPHOST is better absorbed compared to an equal amount of silybin in conventional milk thistle extracts. In one human study, the excretion of silybin in the bile was evaluated in patients undergoing gallbladder removal for gallstones. A special drainage tube, the T-tube, was used to get the samples of bile necessary. Patients were given either a single oral dose of the SILIPHOST or milk thistle extract (80% silymarin). The amount of silybin recovered in the bile within 48 hours was 11% for the SILIPHOST group and 3% for silymarin group.1

One of the significant features of this study is the fact that silybin has been shown to improve the solubility of the bile. Since more silybin is being delivered to the liver and gallbladder when the SILIPHOST is used, this form is the ideal form for individuals with gallstones or fatty-infiltration of the liver – two conditions characterized by decreased bile solubility.

Illustration – Changes in blood levels for silybin in normal volunteers when given equivalent amounts of silybin in SILIPHOST, Silymarin, and pure Silybin

How does better absorption relate to better results?

The effectiveness of any herbal product (or medication) is dependent upon delivering an effective level of the active compounds. For milk thistle, this means delivering an effective level of silybin; for Panax ginseng it’s the compounds known as ginsenosides; for Ginkgo biloba extract it is the flavonoids and the terpenes; and for green tea it is epigallocatechin 3-O- gallate. It only makes sense that if you can increase the absorption and utilization of these components that you will see better results. And, that is exactly what has been shown in several studies with various Phytosomes.

For example, several clinical studies have also shown SILIPHOST is more effective and produce better results compared to regular milk thistle extracts.3-5 In one study of 232 patients with chronic hepatitis (viral, alcohol, or drug induced) treated with SILIPHOST at a dosage either 120 mg twice daily or 120 mg three times daily for up to 120 days, liver function returned to normal faster in the patients taking SILIPHOST compared to a group of controls (49 treated with a commercially available silymarin; 117 untreated or given placebo).3

How does the dosage of Phytosomes compare to regular standardized extracts?

Which Phytosome should I take?

One of the most important groups of “phytochemicals” are the flavonoids. As a class of compounds, flavonoids have been referred to “nature’s biological response modifiers” because of their anti-inflammatory, anti-allergic, antiviral, and anti-cancer properties. In addition, flavonoids act as powerful antioxidants, providing remarkable protection against oxidative and free radical damage. In fact, various flavonoids have shown antioxidant activity 50 to 200 times more potent than vitamin C or vitamin E. Furthermore, we can use certain flavonoid-rich extracts as “tissue specific antioxidants” because of their ability to be concentrated in specific body tissues. For example, I recommend Ginkgo biloba extract as the flavonoid-rich extract to most people over the age of fifty because of its ability to act as an antioxidant in the brain and vascular lining throughout the body. My recommendation is for you to identify which flavonoid-rich extract is most appropriate for you and take it according to the recommended dosage

for the Phytosome form. When additional support is needed, the dosage can be doubled or even tripled for maximum benefit.

Why do you consider Grape Seed Phytosome the best choice for most people under the age of fifty?

Grape seed extract is a rich source of one of the most beneficial group of plant flavonoids – the proanthocyanidins (also referred to as procyanidins, procyanidolic oligomers, or PCO for short). Grape seed extract has demonstrated a wide range of beneficial effects including an ability to increase intracellular vitamin C levels and inhibiting the destruction of collagen – the main protein in the body. But, the most celebrated effects of PCO in the United States are their potent antioxidant and free radical scavenging effects.

It appears that most individuals can benefit from an increased intake of PCO. This suggestion is perhaps best illustrated by studies looking at the ability of grape seed PCO extract in improving visual function in healthy subjects.8,9 In the studies, 100 normal volunteers with no retinal disorder received 200 mg/day of PCO or placebo for five or six weeks and a control group received no treatment. The group receiving PCOs demonstrated significant improvement in visual performance in dark and after glare tests compared to the placebo group. The improvement is related to improved retinal function.

Based on the relatively recent demonstration of potent antioxidant activity and protective effects on blood vessels the list of clinical uses of PCO extracts will surely increase. Perhaps the most significant use will eventually be in the prevention of atherosclerosis (hardening of the arteries) and its complications (heart attacks and strokes).

Why do you recommend Hawthorn Phytosome for heart disorders and high blood pressure?

High-quality hawthorn extracts made from the flowering tops of the plant just prior to the formation of the hawthorn are widely used by physicians in Europe for their cardiovascular activities. Studies have demonstrated hawthorn extracts are effective in reducing angina attacks as well as lowering blood pressure and serum cholesterol levels, and improving heart function in congestive heart failure.

Like other flavonoid-rich extracts, hawthorn extracts have shown exceptional antioxidant activity. In addition, the beneficial effects of hawthorn extracts in heart disorders are a result of the flavonoids improving the blood and oxygen supply to the heart by dilating the coronary vessels, as well as improving of the metabolic processes in the heart.

The reason why Hawthorn Phytosome is recommended in cardiovascular disorders or in people with a family history of heart disease it appears that these flavonoids have an affinity for the heart and large blood vessels. Once incorporated into these tissues, the antioxidant effects are especially helpful in blocking the progression of atherosclerosis and may actually reverse it.

How does a “Phytosome” differ from a “Liposome?”

Previous Article
Natural Support for Stress, Anxiety and Insomnia
Next Article
6 Ways to Treat Your Dad 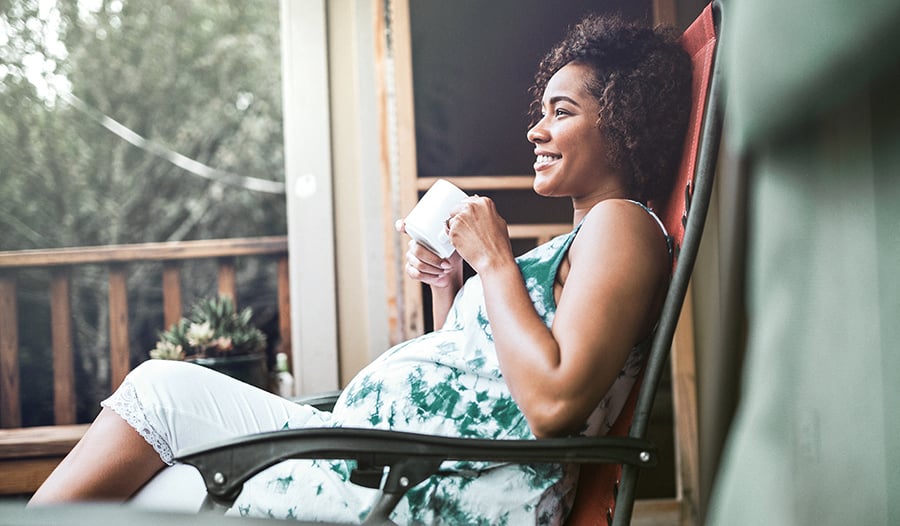 4 Factors To Consider When Trying to Get Pregnant

A pediatrician discusses key nutritional, bodily, and lifestyle factors to consider when planning for pregnancy.

Have trouble sleeping? Magnesium is an essential mineral in the body that may impact your ability to fall and stay asleep comfortably. 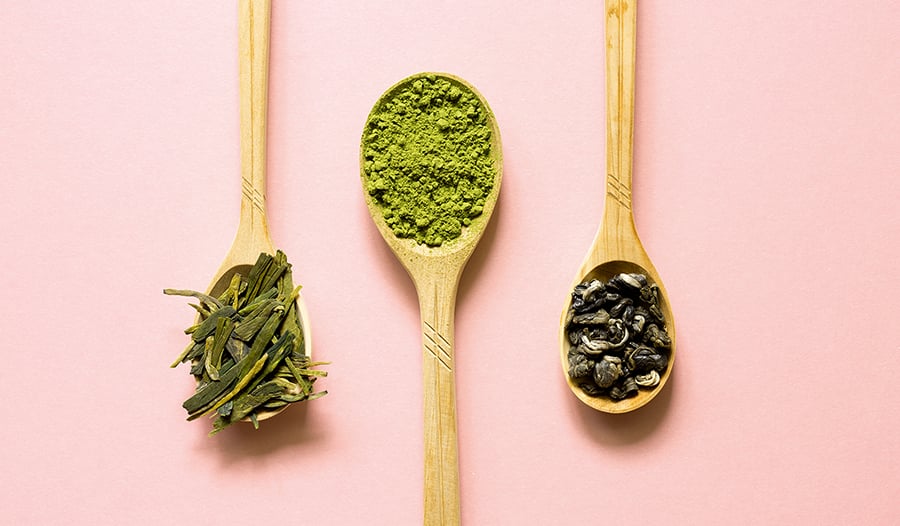 9 Ingredients To Look For In An Immunity Supplement

Looking to boost immune health? A doctor explains why ingredients like maitake mushrooms, green tea extract, and ginger are important for the immune system.